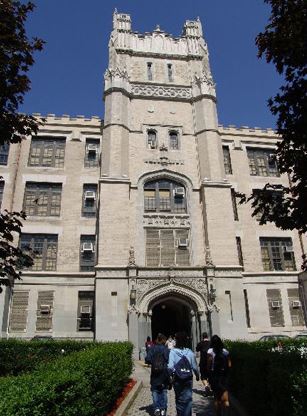 Gregory Jaenicke is the principal of Curtis High School. His new librarian, Patti Patrissy, wrote the VITAL libraries grant so that the school could overhaul a space left idle during the pandemic and after the last librarian retired in 2019. Curtis High School is both an International Baccalaureate school and a Title I school, serving some of Staten Island's poorest neighborhoods. Patti envisioned a library for all and a place where not only the IB students would be able to find the resources they needed, but also a place welcoming the non-IB students as well.

The school was built in 1904, hence the library is over a hundred years old. Patti wants to maintain the charm of the wooden shelves on the perimeter of the library, yet update the space to include modern furniture and most especially recreate a space similar to an academic library so that all students feel like scholars when they enter the space. 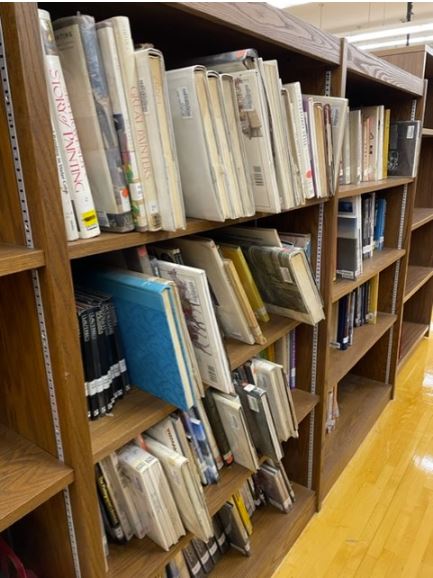 Old books on the old shelves in the back of the library. These old bookshelves lack appeal and are not consistent with the charm of the original library. They will be removed. 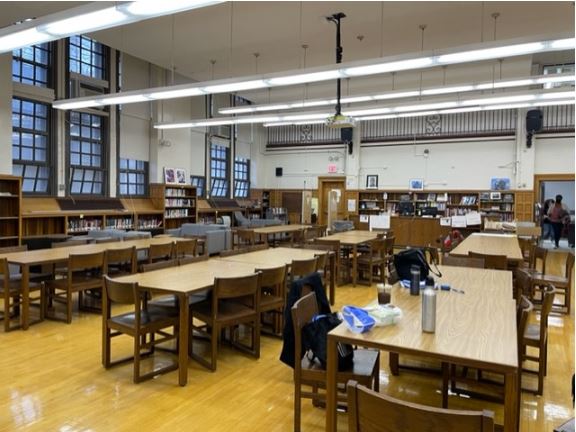 This is a panoramic view of the library. The tables and chairs are made of stable wood, but lack charm. 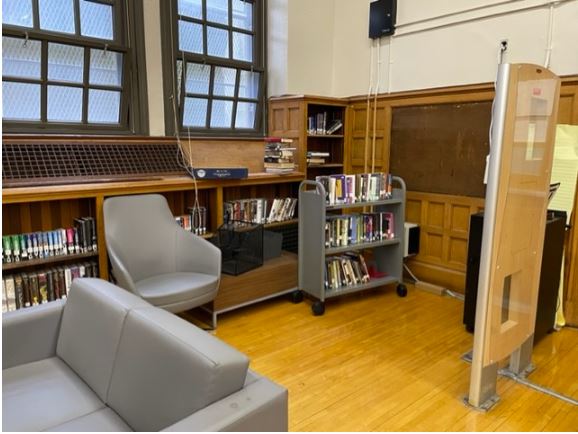 This is a corner of the library near the main entrance. The security gates will be removed as well as the furniture in the corner. 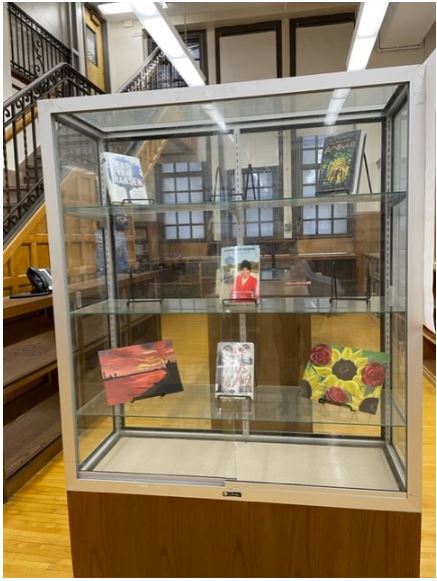 This freestanding display case taking up a big footprint in the library has already been removed. 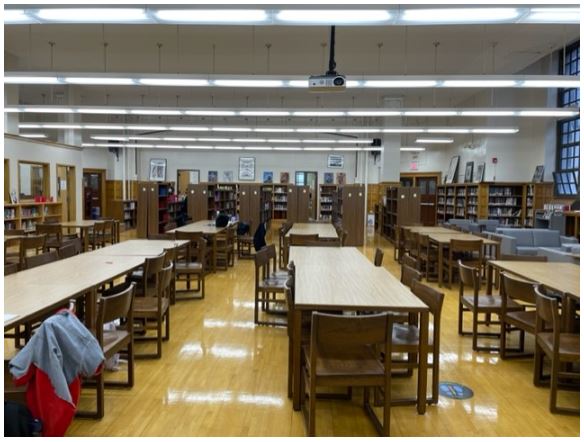 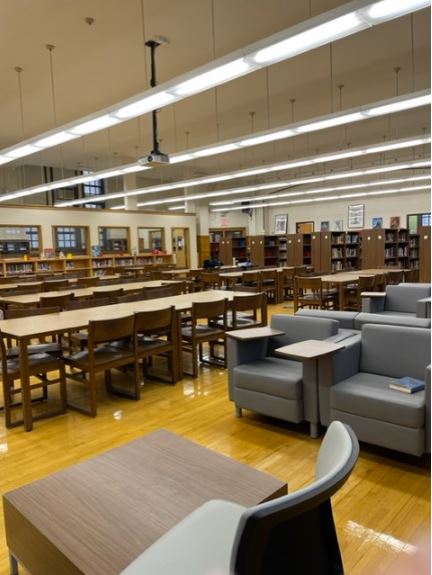 A better view of the bookcases which are to be removed. 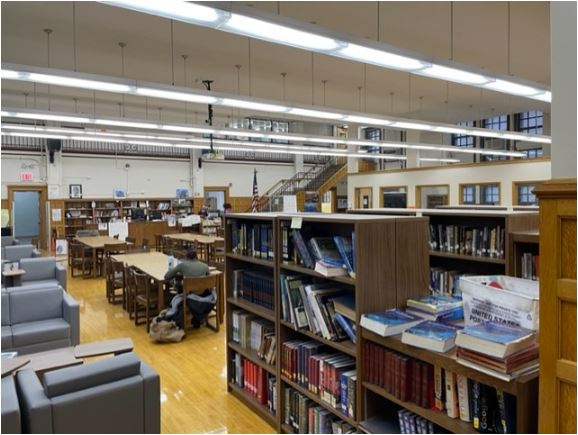 The books on the shelves in desperate need of weeding. 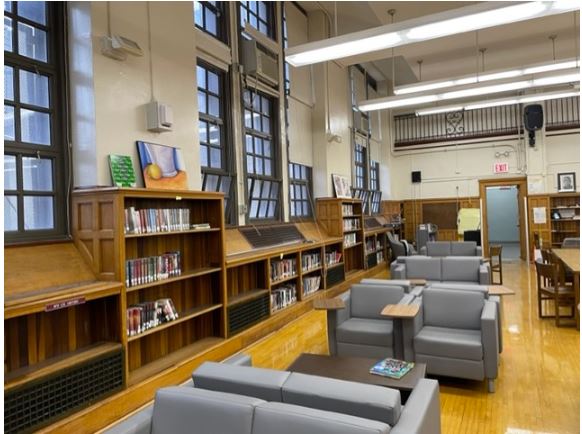 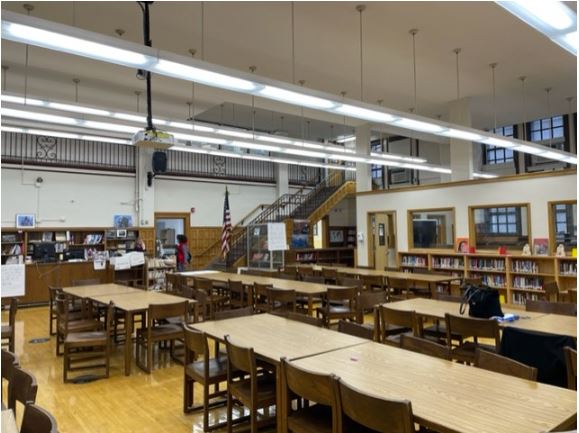 The wooden tables and chairs, the circulation desk to the back left, and the media lab to the back right. 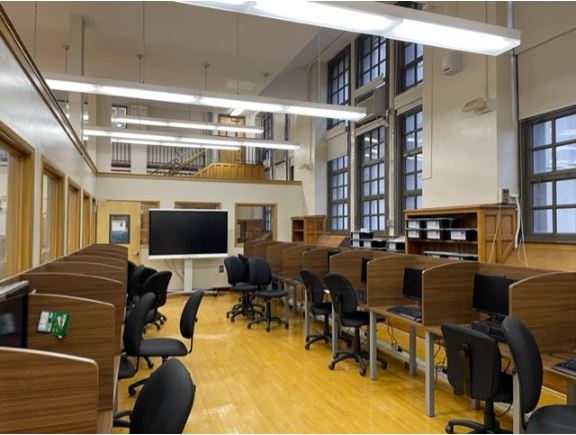 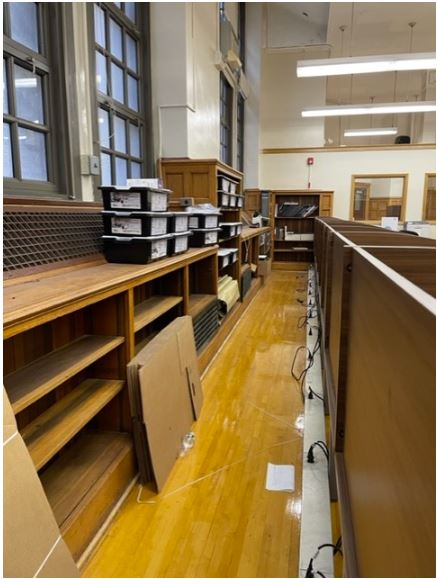 The media lab is in need of some tender loving care. 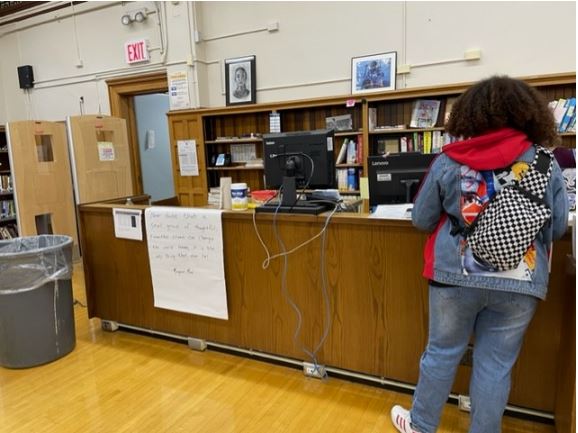 The circulation desk, which is to be removed and will make way for a kiosk. 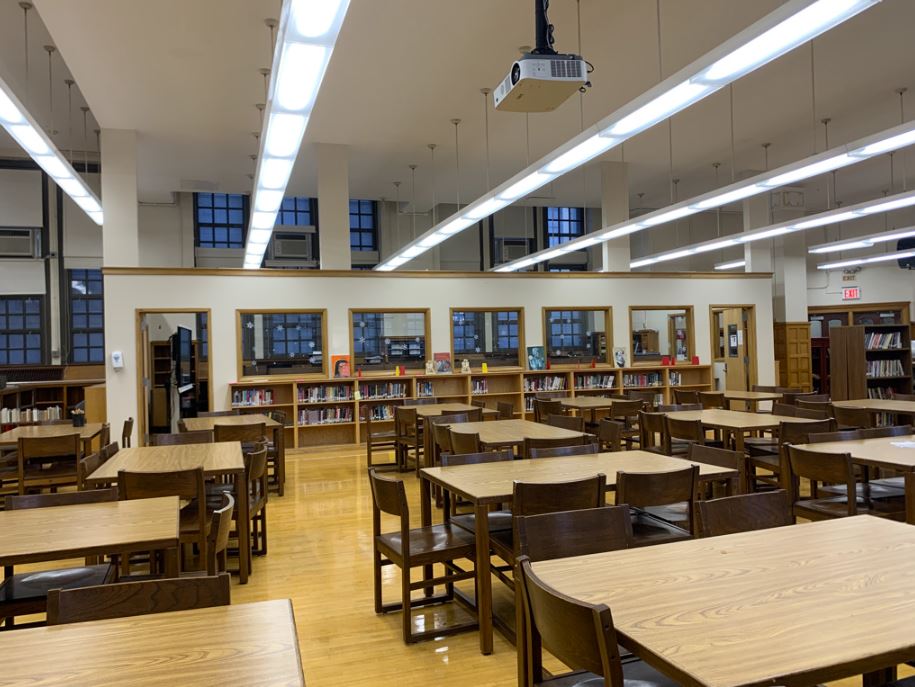 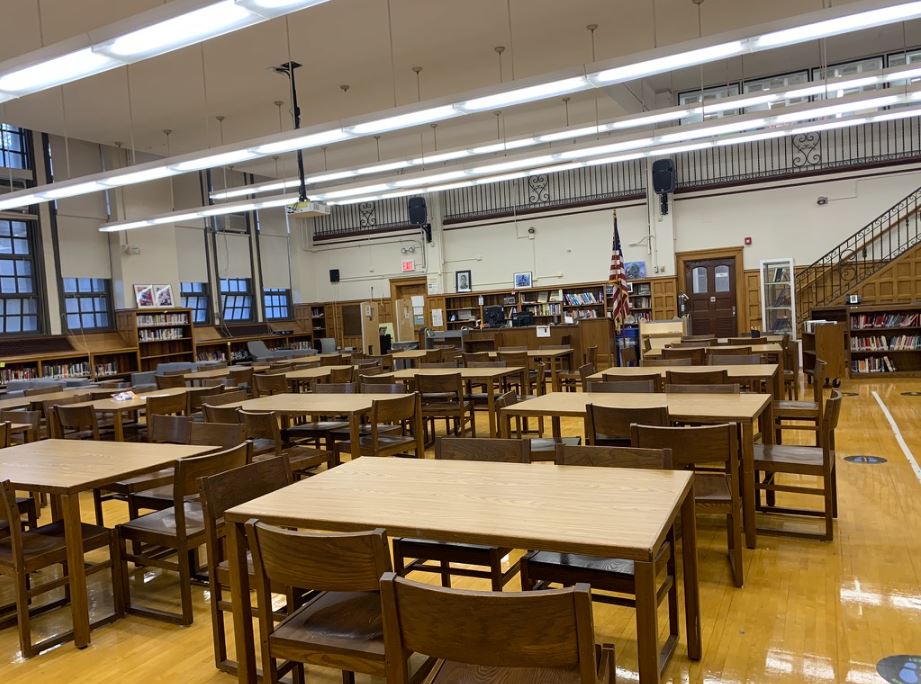 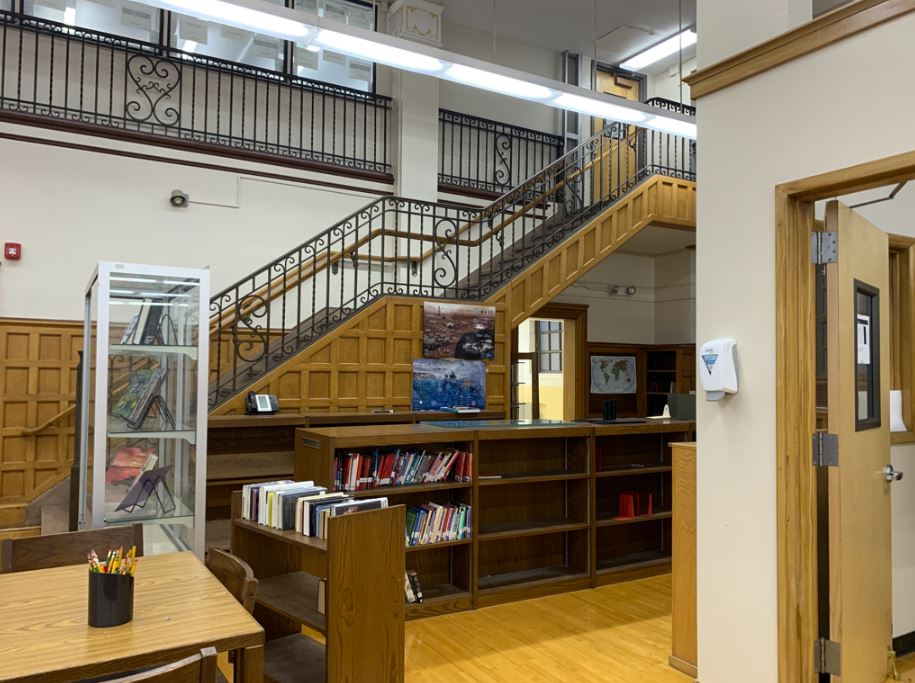 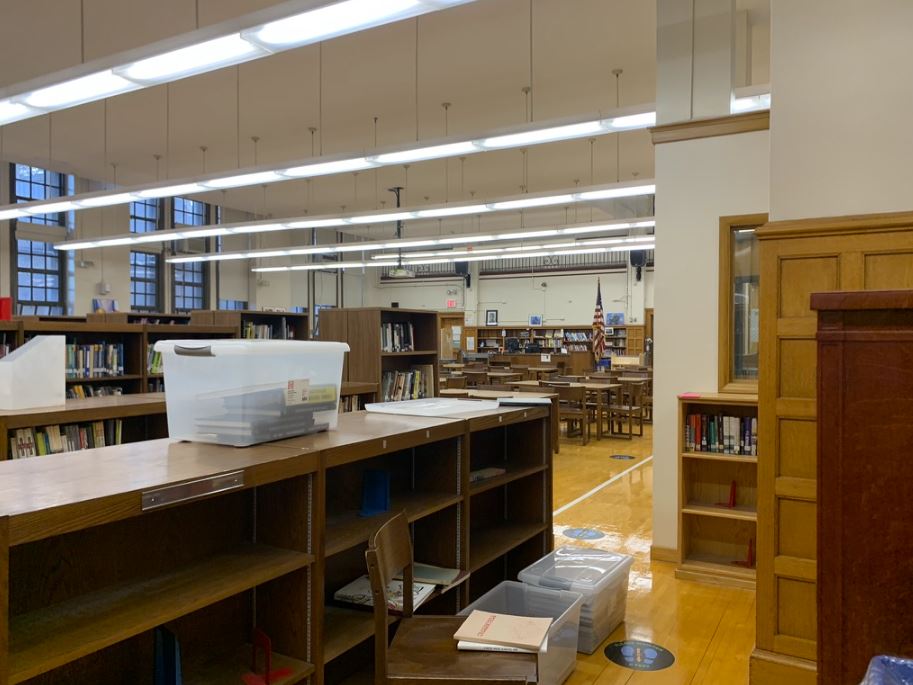 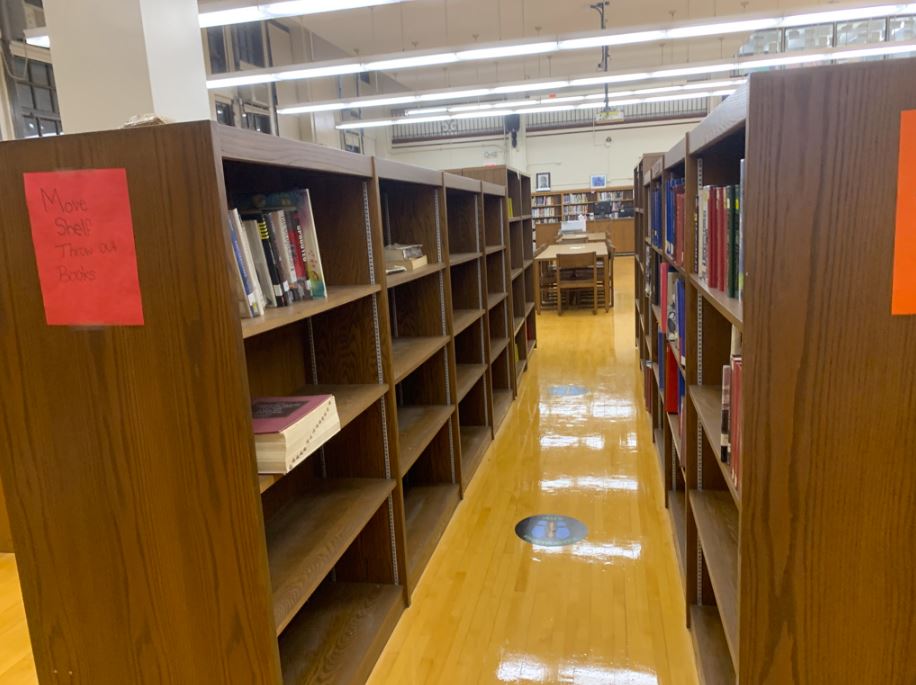 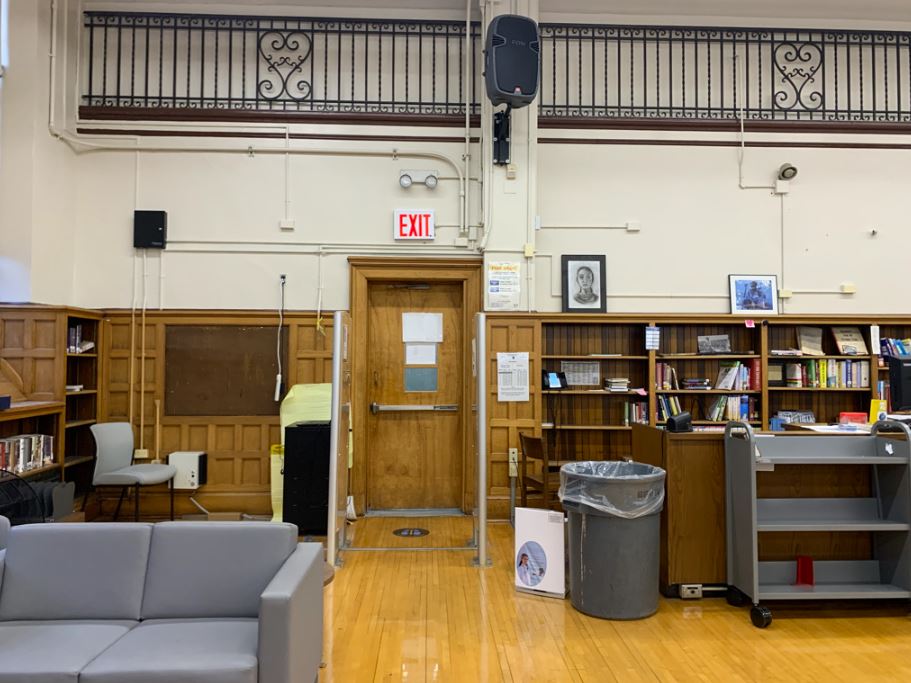 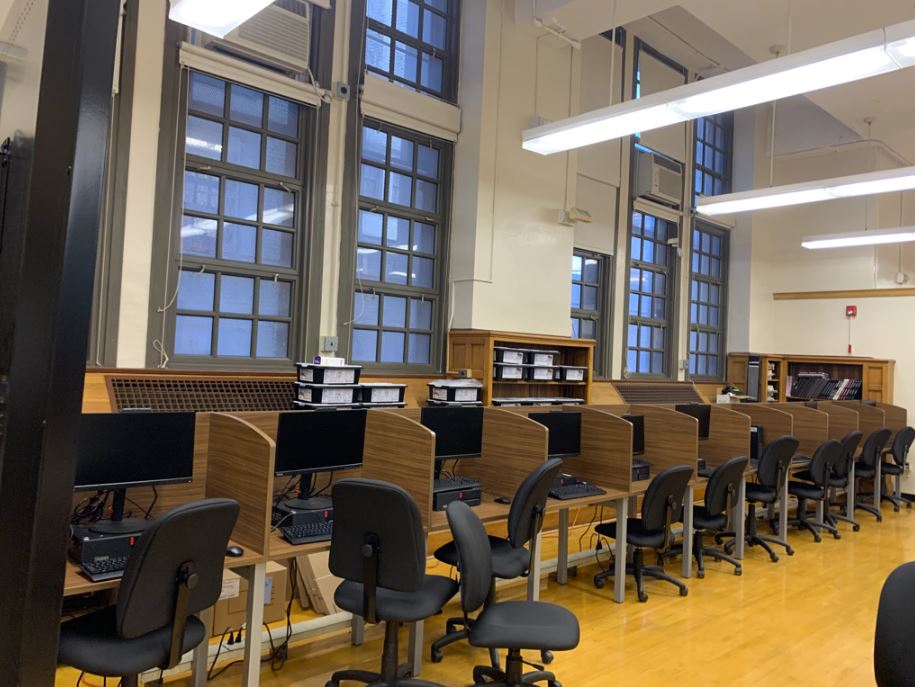 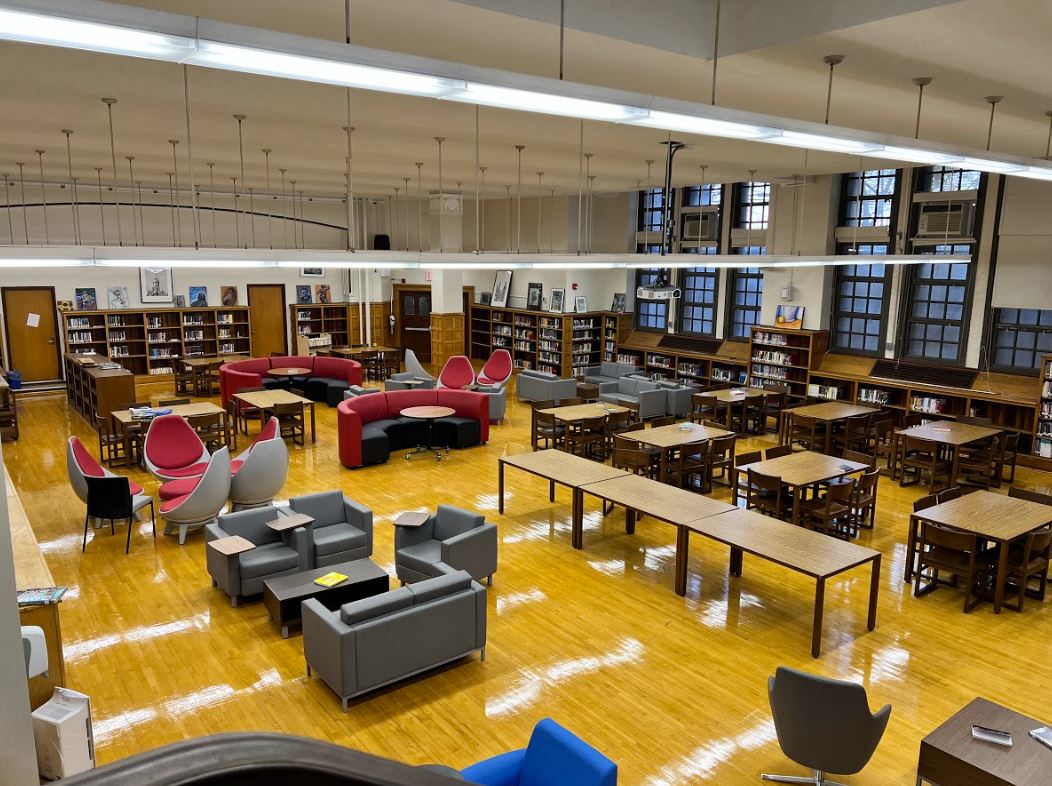 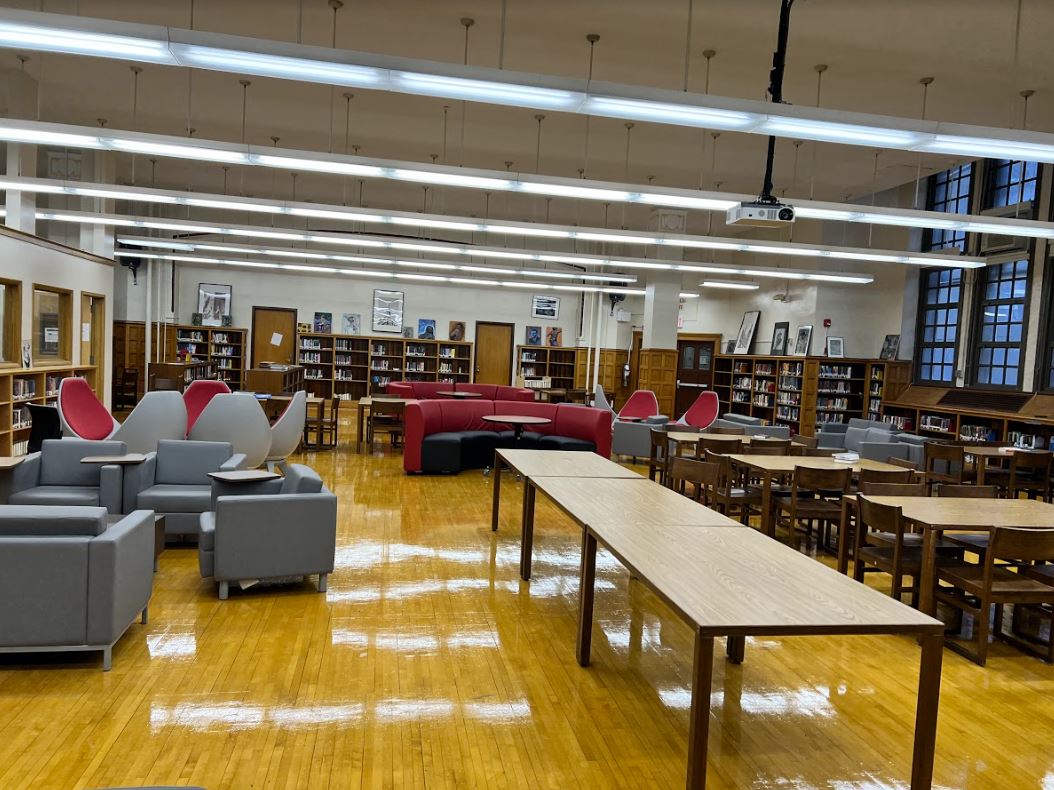 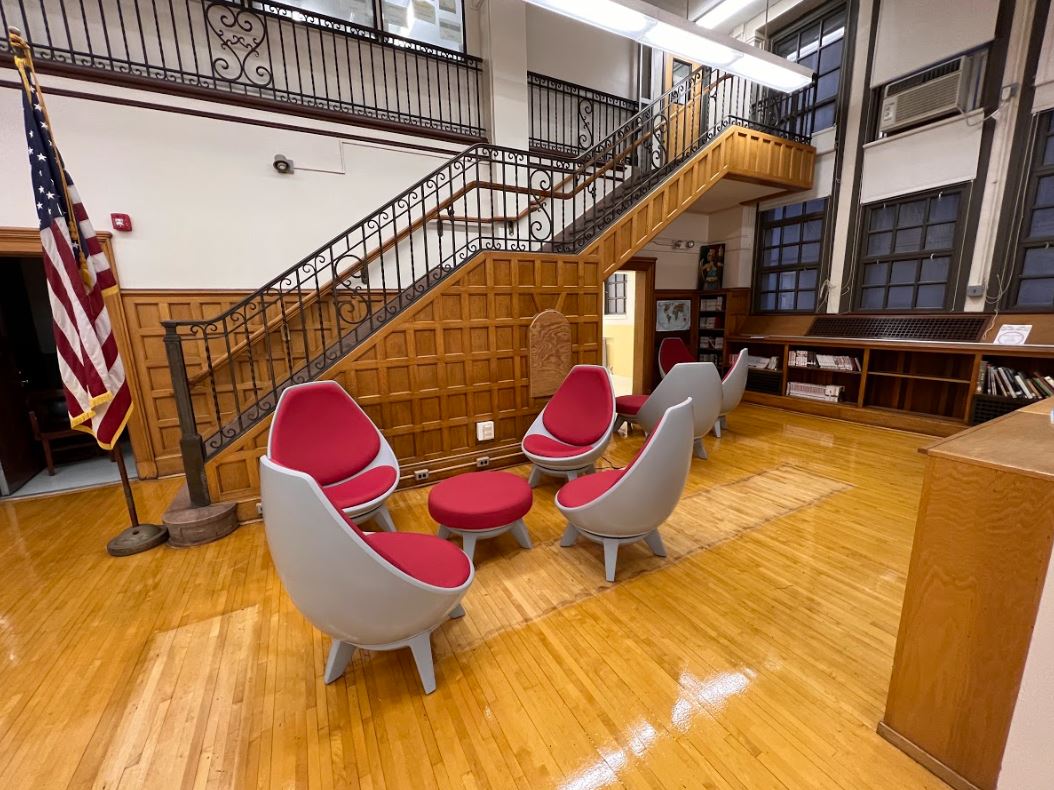 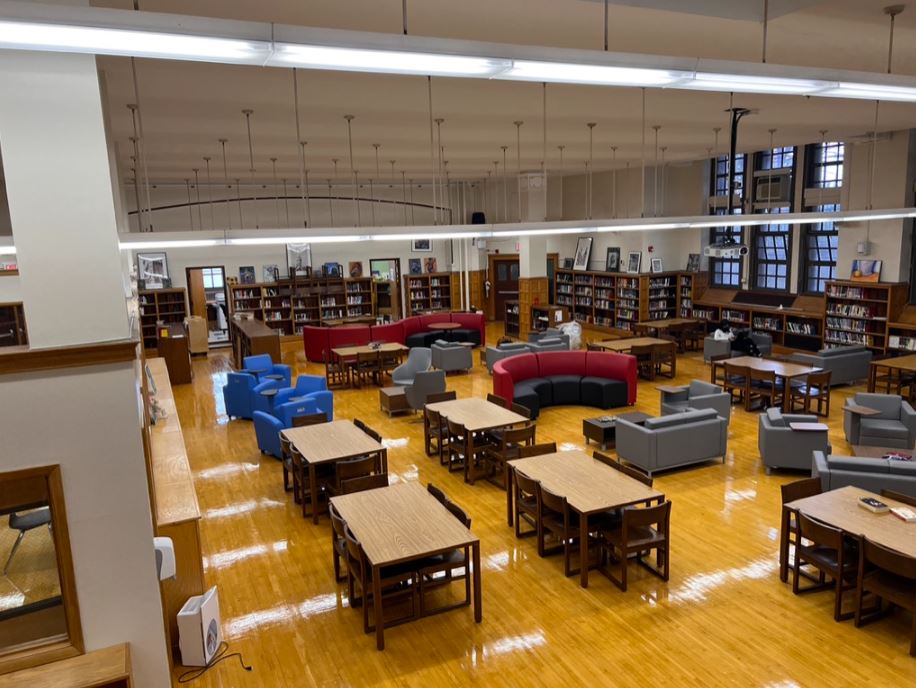 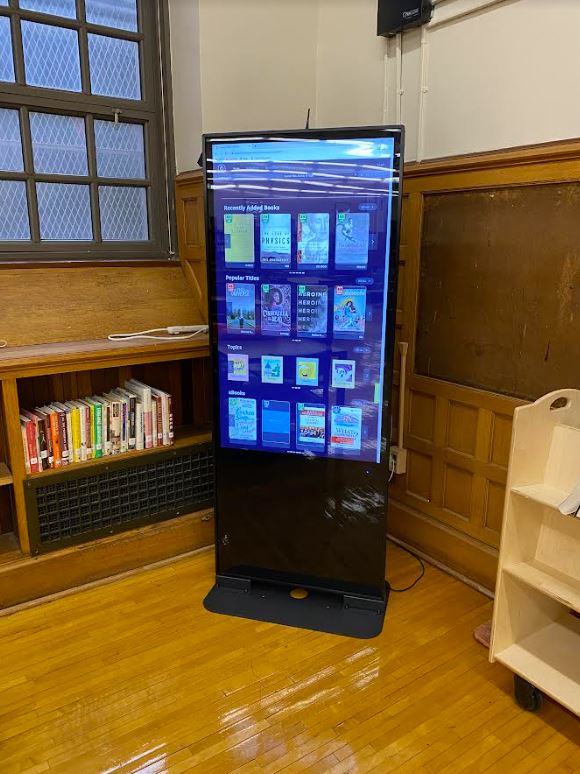 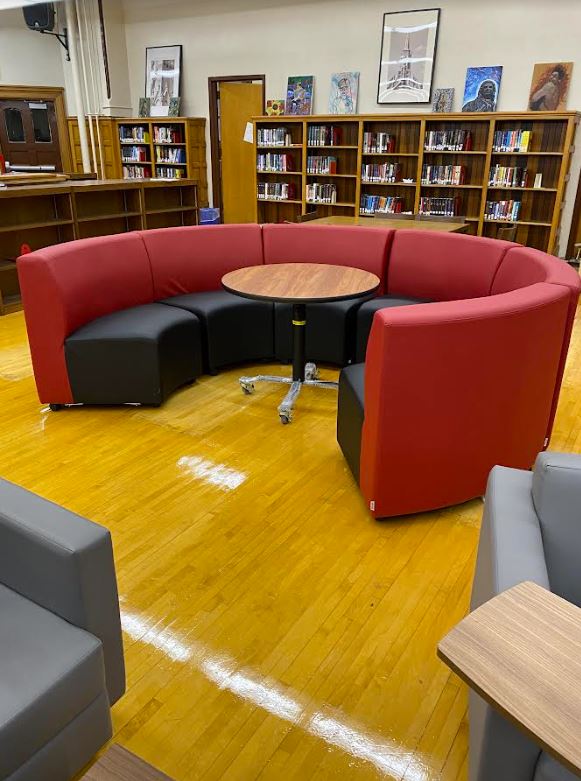 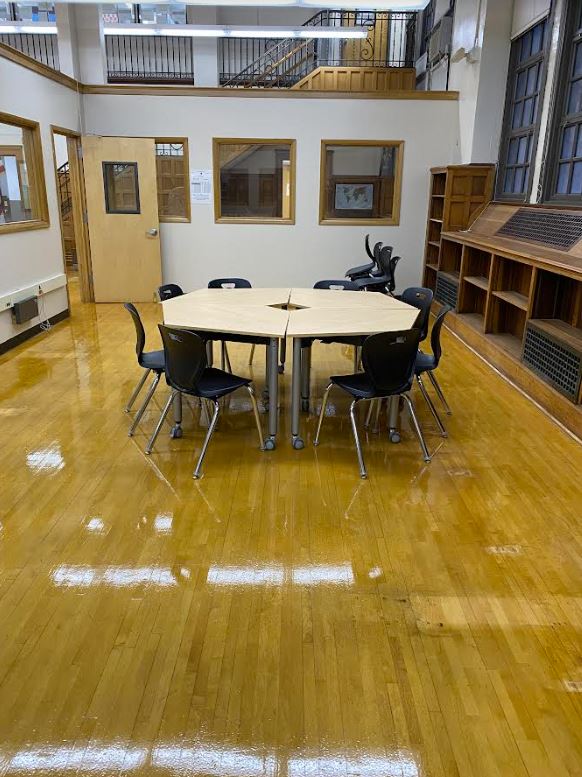